So, one of my (British) husband's favorite sweets is bakewell tart,  a tart of pastry, jam, almond paste, and, if you ask him, fake white frosting with a maraschino cherry on top. Eww. I don't like the frosting or the cherry--let's call it icing, not frosting really--royal icing, that sugary layer of white that coats so many sweets, hiding inferior ingredients, if you ask me...

We decided to have a tea party for my daughter's graduation, just a tea to replace a family dinner. The bakewell tart was a must for this, and requests for icing were non-stop. I didn't succumb, although I did buy a little package of store-made bakewells, thinking anyone who needed icing could eat the store-bought, mass-produced stuff. The rest of us could enjoy homemade goodness.

I pulled out Great New British Cooking by Jane Garmey, which has a recipe I've made in the past (um, "New" British cooking is now nearly 30 years old...huh? Where did the time go?)... 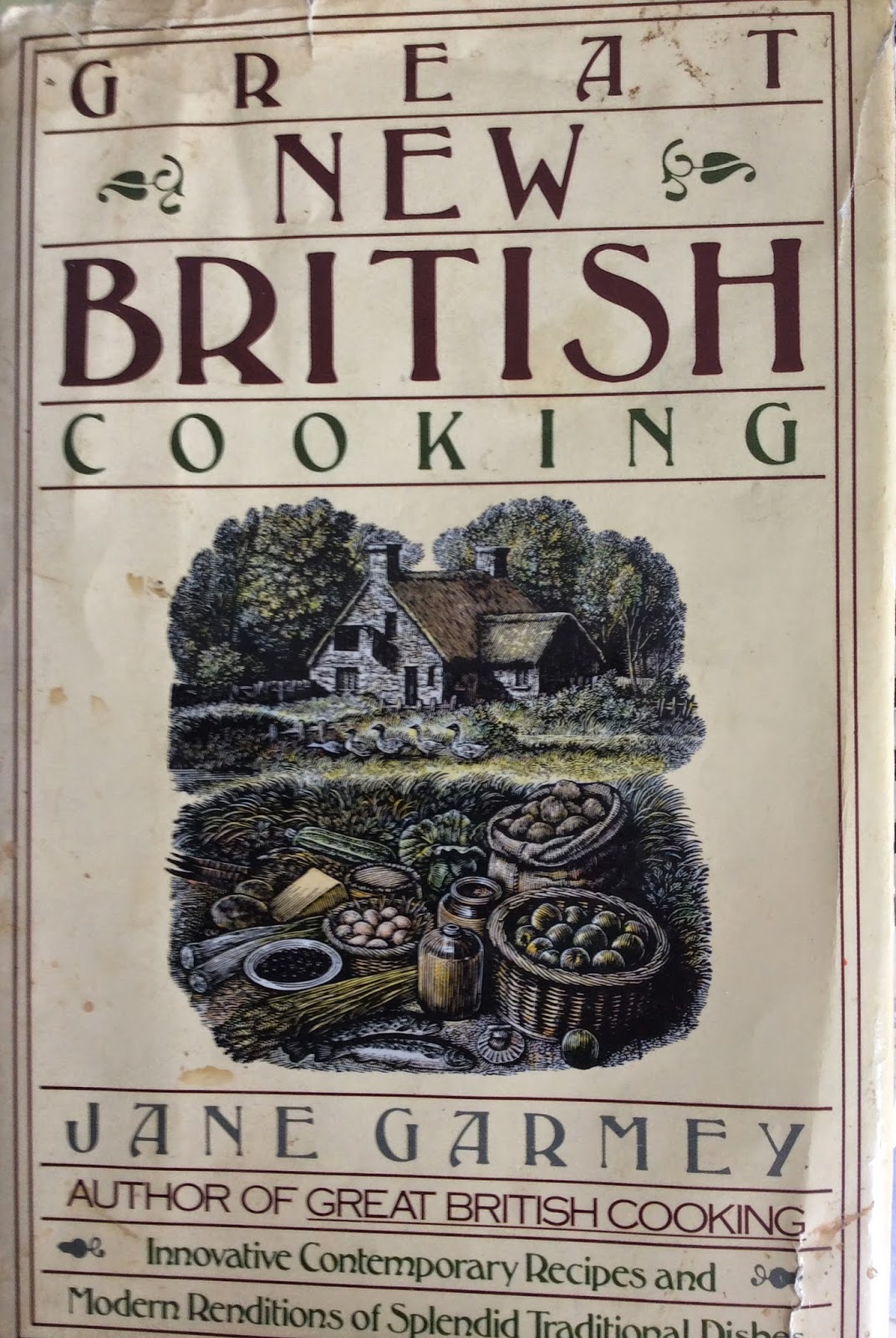 but it's with apricots. I've made that and it is AWESOME, but G wanted strawberry jam, as he insists that is the only way. So, I tweaked the recipe and made the strawberry tart and it was...good. But not as great as I remembered.

So I made it again, but this time with black currant jam and more of it. I made it in a pie shell, not a tart pan...and it was GREAT. I think I like the tartness of the black currants, which seem to cut the richness of the almond topping better.

No icing needed. Be generous with the jam!!

1. While pie shell bakes, cream butter with sugar until it is light and fluffy. Add extract, eggs, almonds, salt, milk and flour and baking powder. Beat until just mixed.
2. Remove pie shell from oven. Spread jam over bottom of shell. Top this with almond mixture, spreading it over the jam to the edges of the pie shell.
3. Bake about 25 to 30 minutes, until almond topping is set.
4. Remove from oven, let cool and dust with powdered sugar.

Slice and serve, hiding slice for yourself to eat for breakfast the next day.
Posted by Babette at 10:10 AM

This looks awesome! Wonder how it would work with almond flour instead if wheat flour?

Your blog makes me want to learn how to bake. And sometimes to watercolor. ;-)

Oooo that does sound good - the ingredients have just joined tomorrows shopping list!

Oh dear, I too am an icing fan! But you have made a worthy enough argument for blackcurrant jam to be added to tomorrows shopping list!

Pat, there's no reason at all you couldn't use almond flour. Sounds great...share results!!