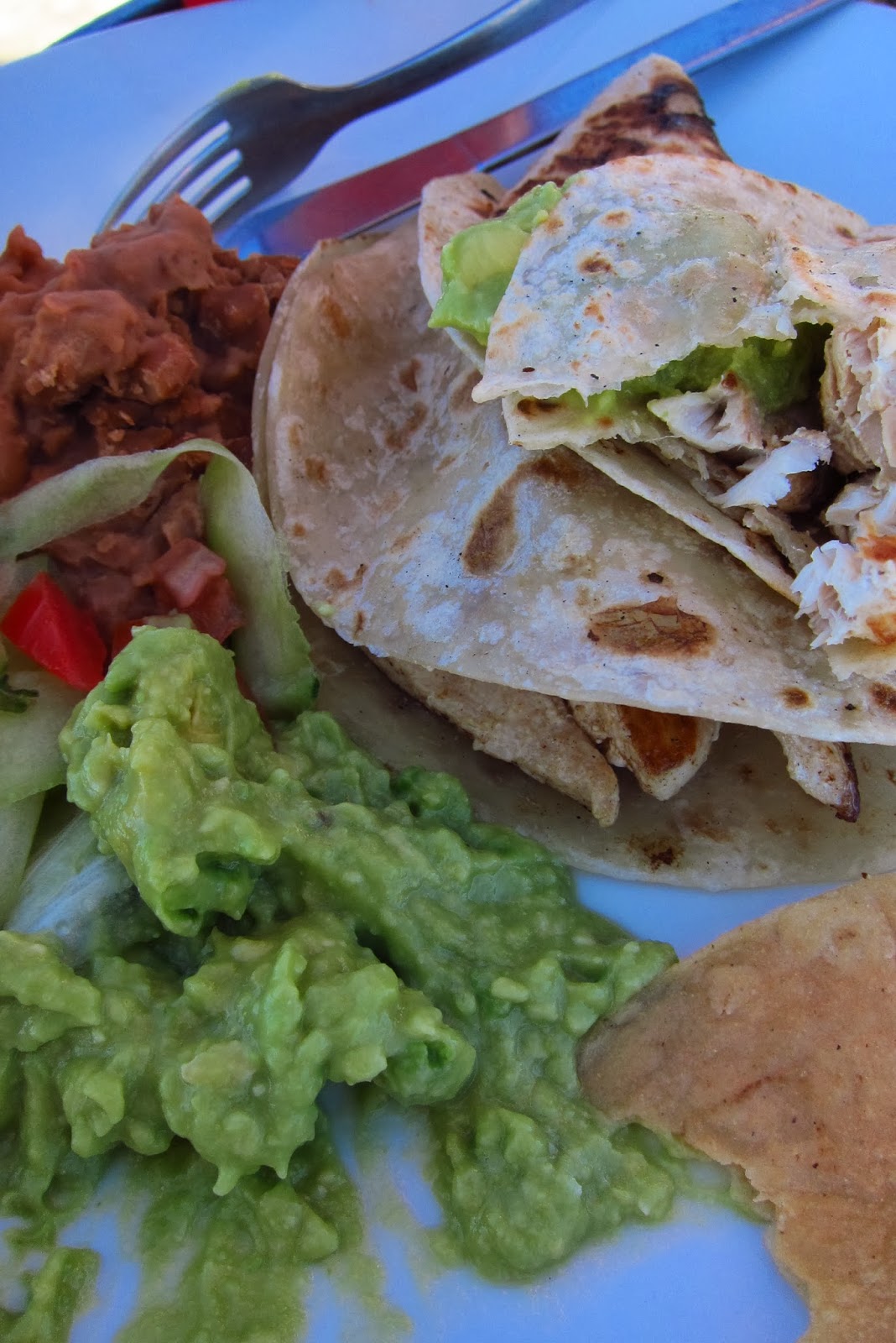 My friend MJ invited me to be her guest on a work trip--who could say no to that? So off I flew to fall in love with Cabo San Jose and Los Cerritos and Todos Santos, an artsy little town up the Pacific coast from Cabo San Lucas (where I did NOT really do anything but pass through)...We took a jeep tour with our buddy Marco (from High Tide Adventures--highly recommend), broke down, UN-broke down, drove to  beautiful Todos Santos (where Hotel California is...they say where THE Hotel Califonia is!!) then he drove us back towards this beautiful, world-renowned surf beach called Los Cerritos to Los Cerritos Beach Club, 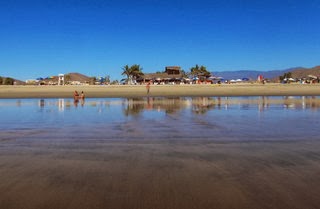 where we had these fish tacos while watching the surfers... The tortillas were freshly made, each having a bit of char on them from the griddle where they'd been cooked. Then each was filled with fat chunks of fresh white fish (wahoo? grouper? I don't know. It didn't matter...it was awesome)...add a scoop of chunky guacamole and a scoop of fresh pico de gallo--we sat in the shade of an umbrella eating fish tacos and watched the surfers and watched the waves crash onto sand that is black and flecked with gold sparkles. 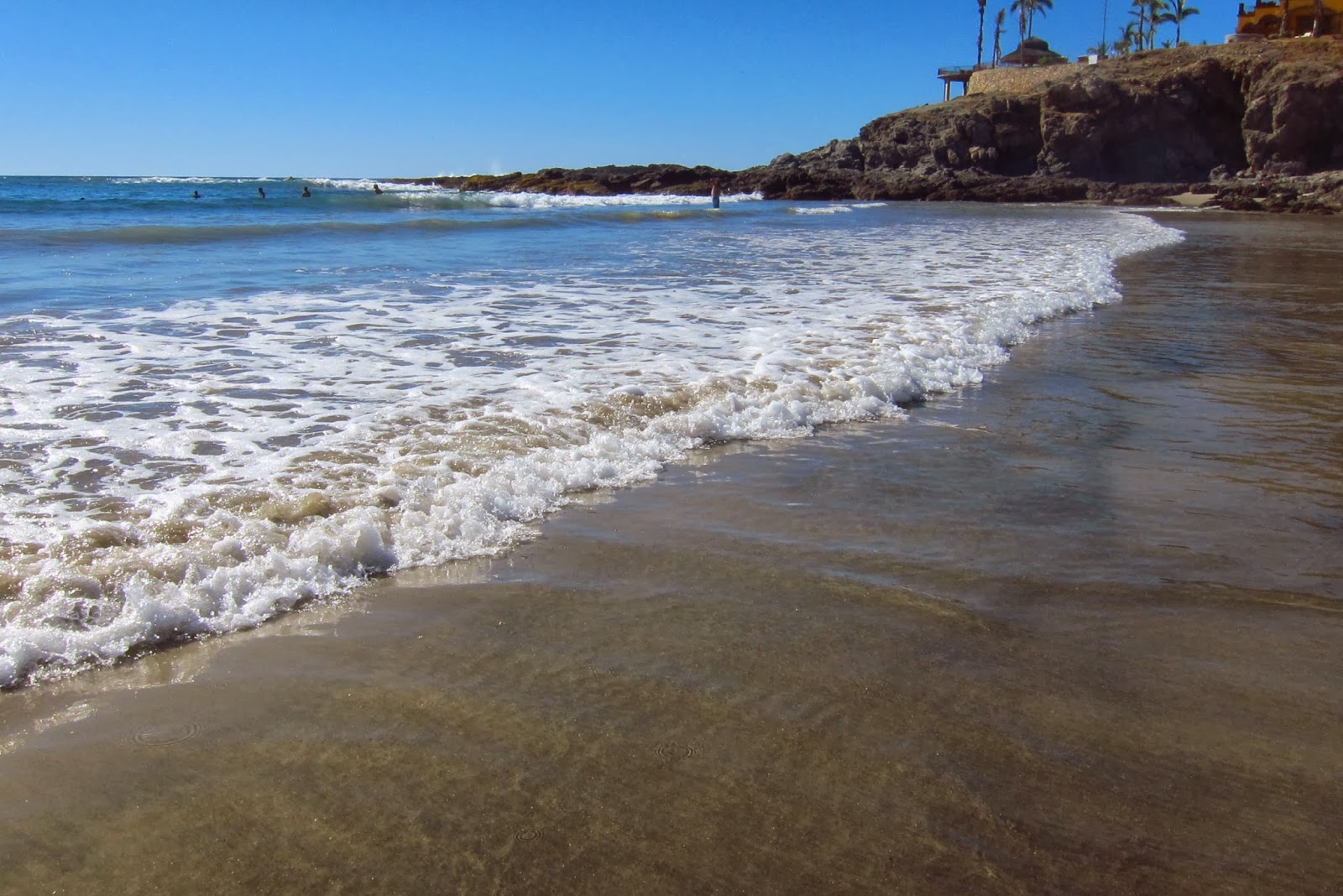